Iceland in Space: The past and future of space exploration in Iceland

This paper pursues what is being done in Iceland in the way of space exploration and traces the history and connection Iceland has in relation to past space exploration, from being training grounds for the first NASA astronauts in the 1960s, to serving as Mars Analog in the 21 century. It also pursues its potential and the arguments that are made for it to be a full participant in the European Space Agency (ESA) and traces the course of its application to do so. Finally three potential future scenarios are assessed. i) The status quo, i.e. continued lack of governmental engagement and non-membership of Iceland of ESA. ii) a full membership of ESA, enhancing current activities, and adding some new ones, without a specific emphasis on it on behalf of the government, and iii) an ambitious space program led and supported by the government, focusing on making space research and exploration a priority within the Icelandic scientific community, building on Iceland’s strengths in that respect.

Past, present and future of disarmament, demobilization and reintegration (DDR) within peacekeeping operations

Since its appearance in the late 1980s, ex-combatant disarmament, demobilization and reintegration (DDR) has become an indissoluble aspect of peacekeeping operations. As the conception of peace and development have become more comprehensive, more tasks have been assumed by both peacekeeping operations and DDR programs regarding medium-term stabilization and post-conflict transitions. This has generated a number of robust mandates and longer interventions that have brought along new challenges for the operations in the field. In the absence of alternate peacekeeping and peacebuilding tools, DDR is being launched even in scenarios where there is no peace to keep, adding new risks and challenges to peacekeeping operations and DDR programs. DDR is a milestone towards lasting peace, but not a miraculous solution for the roots of conflict. Although DDR is considered a highly technical methodology, it doesn’t work in the field as smoothly as in paper.  DDR is facing a context of changes in the ways of waging war, and subsequently, needs to adapt to the conflict dynamics in current and future contexts of intervention. Finally, the growth in their scope is creating a cost-increasing situation, for both DDR and peacekeeping operations, that blurs the exit strategy. This situation leaves open the question of where does peacekeeping and DDR end what peace or conditions are expected to be left after an intervention.

Public support for counter-terrorism measures in Iceland, Norway, and Sweden

The Nordic democracies have traditionally enjoyed long, uninterrupted periods of peace, even when other Western nations found themselves increasingly challenged by terrorism and other conflicts with non-state actors. However, this has changed somewhat in the past decade or so, with far-right domestic terrorism in Norway (July 2011) and multiple acts of both far-right and Islamist terrorism in Sweden (2010–2017). Despite this, the Nordic democracies have maintained relatively high levels of social and political trust, and are considered to remain committed to human rights and civil liberties, presenting challenges to the use of controversial counter-terrorism measures in these states. In this paper, we use survey data gathered in three Nordic democracies (Iceland, Norway, and Sweden) to examine support for a range of different counter-terrorism measures. To estimate the complex relationships between demography, attitudes, and support for these measures, we employ a structural equation model with theorised latent variables for the type of security/liberty trade-off required by each measure. Our findings emphasise that while Nordic social solidarity and collectivism may facilitate a certain level of authoritarian counter-terrorism, this is limited by the characteristic levels of trust and education in these states—though the limits differ according to the exact trade-off involved.

„Recovering from the 2010 eruption of Eyjafjallajökull“

Many communities in Iceland are located near active volcanic systems and can be severely impacted by volcanic eruptions. Localized social support networks, providing emotional, informational and tangible support, are crucial for communities dealing with volcanic impact.

This study examined the importance of social support in communities affected by the 2010 Eyjafjallajökull eruption in Iceland, and how current practices can be improved to ensure that recovery is as effective as possible.The research approach was qualitative using data from in-depth interviews of families living near Eyjafjallajökull, as well as from public documents. The impact of the volcanic tephra raised multiple concerns among the families and caused challenges that exceeded their adaptation ability. Strong social support from primary group members was a key factor in optimizing response and recovery efforts. The support from response workers was also considered essential during and immediatly after the event. However, the impacted families soon realized that the need for long-term support exceeded the availability of resources. 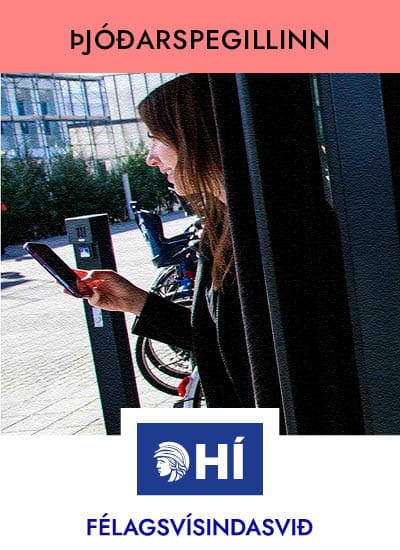